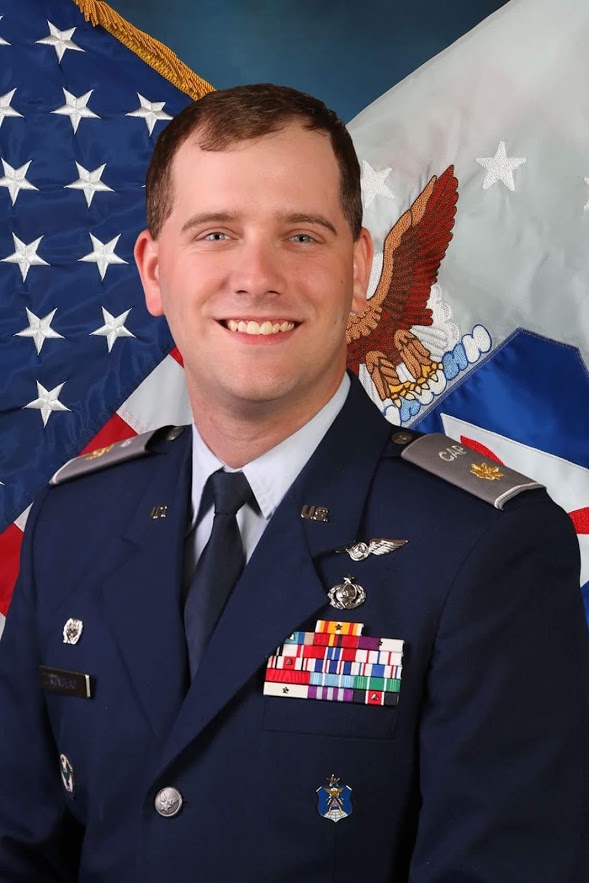 Major Luke Rondeau has been a member of the Civil Air Patrol, United States Air Force Auxiliary since 2007. He joined as a cadet after earning his Eagle Scout rank with the Boy Scouts of America. He has worked in various areas at the squadron, group, and wing level. Maj. Rondeau’s responsibility as the Commander of the Lapeer Composite Squadron is to not only ensure the squadron operates safely, effectively, and within the regulations of the Civil Air Patrol, but to also provide opportunities and mentoring for the membership of his squadron to grow and become better at their chosen specialty track.

Major Rondeau was a former cadet, earning his Gen. Billy Mitchell (C/2d Lt) award in 2009 and his Amelia Earhard (C/Capt) award in 2010. He became a senior member in 2011 when he turned 21. Before his command with the Lapeer Composite Squadron, he served as the Deputy Commander of Cadets for the Willow Run Composite Squadron, which saw growth in the quality and number of cadet members in the squadron, as compared to previous years. For his work with the Cadet Program at Willow Run Composite Squadron, Maj. Rondeau was selected as “Senior of the Year” for 2015. Maj. Rondeau also serves as the Director of Information Technology within Group 701 and the Assistant Director of Information Technology at Wing.

Major Rondeau also volunteers regularly at the Wing level, having served on staff of the Michigan Wing Summer Encampment. He has held both cadet and senior positions, including Assistant Commandant in 2017, Commandant of Cadets in 2018 and Chief of Staff in 2019. He has also volunteered at other activities including the Johnson Flight Academy in Matoon IL and the Search and Rescue Academy in Michigan.

Major Rondeau graduated Eastern Michigan University with a degree in Information Assurance, focusing on Computer Forensics and earned his degree with departmental honors from the EMU Honors College. When not serving with the Civil Air Patrol, Maj. Rondeau enjoys building computers, spending time with his friends and family and enjoying the outdoors.

The mission of the Lapeer Composite Squadron is to serve our community, state and nation as professional volunteers and produce top quality young leaders of the future. Our unit focuses on all three core missions of Civil Air Patrol (cadet programs, emergency services and aerospace education) and instills the four core values of Civil Air Patrol (Excellence, Respect, Integrety, Volunteerism)